“Prayer is not to persuade God, but to synchronize our thoughts with Gods” 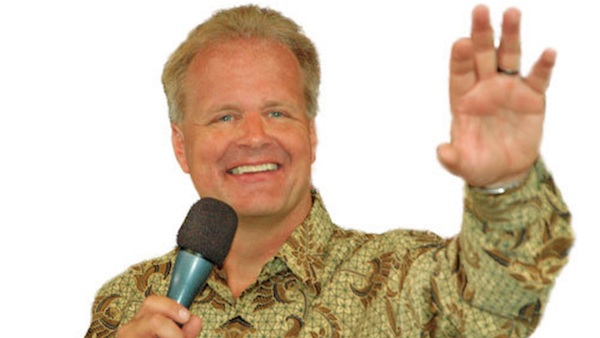 My dad was a diabetic.  The sickness affected everything about our life. Mealtimes were exact; 8 AM, noon and 5 PM, and even the slightest variance of timing would increase the chance that my dad would go into an insulin coma. The whole family was on the lookout for signs that the insulin and sugar levels may be out of balance, but as I was the oldest child, my mother depended especially on me.

Sometimes my dad became unconscious unexpectedly. One Saturday morning, I was 9 or 10 years old, my dad and I were shopping on a busy street in a nearby town. It was about 10.30 in the morning. This was considered a “safe time”, when an insulin coma was unlikely to occur, half way between breakfast and lunch. The picture is still clear in my mind. Dad suddenly stopped on the sidewalk and appeared oblivious to his surroundings. I called out “dad”, but he didn’t react. After a few moments, he slumped to the ground and went into a coma. I remember the rush of adrenaline and desperation, as I ran from store to store trying to find orange juice or something with lots of sugar that I could give to dad, to try to get him out of the coma, all the while shouting to get people to call an ambulance.

I learned to dislike sickness. It wreaks havoc in people’s lives. Sometimes I’ve heard well-intentioned Christians suggest that God wants to put sickness on someone, in order to teach them a lesson of holiness or dependence on the Lord. It always struck me as cruel. I can’t imagine anyone who has experienced sickness and pain close to feel that way.

My father was a deeply devout Christian, but as far back as I can remember, he was struggling to have faith to be healed. He wanted so much for this power, called faith, to be present in his life. Being a Bible believer, he knew that faith makes everything possible. Yet, that faith seemed elusive BY Peter Youngren.

At the age of 15, I traveled with my dad to Chicago, Illinois to attend a convention where the famous Kathryn Kuhlman, renowned for healings and miracles, was one of the featured speakers. Dad wanted to go to a place where there was more faith. I was deeply touched by Kathryn Kuhlman’s service and her reliance on the Holy Spirit.  Still the healing that my dad longed for eluded him. We returned to my home country of Sweden, enriched by what we had experienced in the United States, but still no healing.

It was about this time in my life that I began to devour books about healing and faith. I wanted so much to have the same faith as those early disciples in the Book of Acts. It seemed that I could see faith in others, but what about me?

Three years after the visit to Chicago, I enrolled in Bible College in Providence, Rhode Island, and a year later I was invited to conduct 15 days of Gospel meetings in Toronto. A local pastor had rented 1000- seat tent, and I was the featured speaker. Every night I preached under a canopy with a big banner strung from pole to pole announcing, “Teenage evangelists from Sweden”. It was an exciting time. I had never prayed publicly for God to heal sick people. Maybe it was just youthful enthusiasm, but I went ahead the very first night and said a prayer for the sick. I sent everybody home without asking if anybody had been healed. To my amazement two days later a man approached me, claiming that for the last four years his right ear had been completely deaf, and that it had opened when I prayed. His wife standing beside them nodded, adding that she would always have to speak to him from his left side, or else she would have to shout really loud – Peter Youngren.

I was thrilled. This was the first time that I had received a testimony of healing. I still I didn’t think I had much faith, but obviously something was working.

After the Toronto meeting, I began holding “revivals” in churches. Sometimes these meetings would be extended to four, five or even six weeks. A few years l was busy conducting international Gospel Campaigns, in stadiums and on large open fields, where tens of thousands, sometimes hundreds of thousands would congregate at one time. First and foremost in each meeting was to invite people to receive Christ as Savior. Then I would invariably pray for the sick and ask those who were healed to give witness to what had happened. Miracles and healings were frequent, but still it seemed like faith and unbelief were always present simultaneously, battling for dominance in my mind. In spite of my intense desire to have mountain-moving faith, there was a constant sense of not quite measuring up. Still, God was greater than my struggles and confirmed my preaching of Jesus Christ with miracles that would demonstrate to those present that Christ is alive.

The search for ever increasing faith continued.

My struggle ended the day I recognized my own total inability to produce faith. I understood that all the healings I had seen were not the result of any great spiritual performance or achievement that I had accomplished. In fact, as I reviewed the hundreds of healings I had witnessed, it seemed like the greatest miracle had happened when I felt the weakest.

I discovered that the only faith that works is the faith of Jesus Christ. He believes, when the limitations of my mind says that it is impossible. The only sensible response was to consider myself dead from my own ability to produce faith, and yield to Christ’s own faith resident in me. His faith now became my faith. The faith that created everything, the limitless faith of God, was available to be expressed through a limited human being.  God had made his faith available to me.

This book is an invitation to explore this faith. It empowers you to speak to mountains and they will move. And you don’t need a warehouse of this kind of faith; it only takes a mustard seed – Peter Youngren.

My dad is with Christ now. I think of him often. The religious environment that he was familiar with was one where faith was something that we had to produce. I’m glad for everything my dad taught me. Seeing his sickness up close set me on a journey to discover faith.

In 2005, after more than a quarter of a century of healing ministry, standing in the national Stadium of Guyana, South America, I said something I’ve never said before. Up to that point, all I had ever told people was to have more faith, to believe God more and God had helped me to see many people healed and blessed. As I looked at people from one end of the stadium to another, among those present were blind, deaf, cancer patients and some who were obviously deformed, these words came out of my mouth:

Everything in me wants to believe that you will leave this stadium healed, and I know that you also want to believe that Christ heals or you’d probably not be here. Yet, my faith is weak, because while I believe, I also have doubts. I wonder what if nothing happens and maybe you are thinking the same. So instead of trying to have faith, I declare that I am dead to my ability to produce the faith that moves mountains. But, I’m alive to the faith of Jesus Christ. Somebody here tonight believes and that somebody is Jesus Christ. I will not pray for you with my feeble attempt to have faith, but with the faith of the Son of God.

From that moment, faith has never been the same to me. Faith – mountain moving faith – is produced by Christ in us. It’s the faith that works. And it is readily available for everyone.